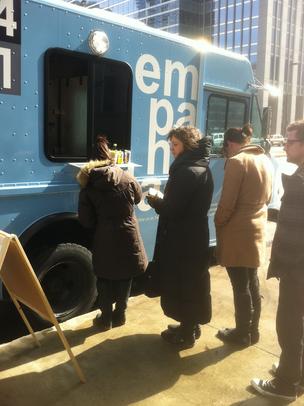 Food trucks generate about $650 million in revenue annually, according to a new report from the National League of Cities.

The food truck frenzy that’s caught on in the past few years has fed economic appetites, according to a new report from the National League of Cities, the Tampa Bay Business Journal reports.

Food trucks — described in the report as “mobile food vending” — generate about $650 million in revenue annually, and are projected to quadruple their revenue stream over the next five years, to about $2.7 billion in food revenue.

Food trucks improve access to goods and produce not otherwise available through area merchants, provide an easier and more cost-friendly alternative to opening a brick-and-mortar restaurant and create entrepreneurial opportunities, the report said.

However, most cities are legally ill-equipped to harness this expansion, according to the report, which examines policy options for local governments in regulating food trucks and the best way to incorporate food trucks into the fabric of a city.